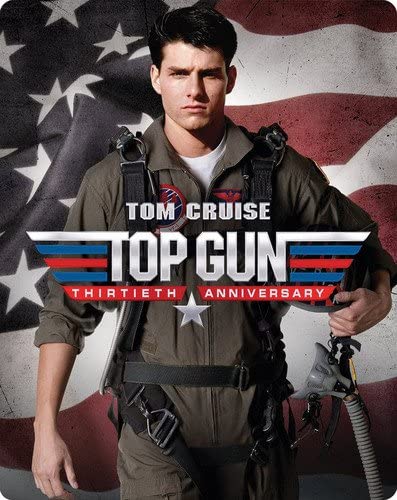 By Guilherme Santos21 de May de 2022No Comments

In 1986 the movie Top Gun was released, and along with it the hit “Take My Break Away”. The song, as well as the movie, became an immortal classic, and it is no wonder that the song was the most played in Brazil in the same year.
“Take My Break Away” was recorded by the American group Berlin, but it was neither written nor performed by the band. What do you mean? Let me explain:

Giorgio Moroder, composer and producer responsible for dozens of movie and TV soundtracks, made the song at the request of Jerry Bruckheimerm producer of Top Gun. The lyrics were written by Tom Whitlock, who had his first musical work here. We can say that “Take My Break Away” did not become a hit by chance, since it was a commission made to a great producer used to writing hits.

In the new Top Gun: Maverick, which has its premiere on May 26, 2022, Lady Gaga is responsible for the composition of the new track. Entitled “Hold My Hand,” this song makes me wonder if it will have the same success that “Take My Break Away” had in 1986.

I’m not doubting Lady Gaga’s talent as a songwriter, but since her song, although being released in the film, was not custom-made especially for the plot (the singer has been working on this composition for a few years), it makes me think that Gaga may fail miserably in trying to create a “Take My Break Away” for the new Top Gun.
Although she knows the ingredients to generate a hit, I believe that “Hold My Hand” might have some success, but it will not, not even close to being a “Take My Break Away”, just as the new movie will not even come close to the original.

And you, dear reader, what is your opinion?